Bishop Quinn to Remember Martyr with Ties to Winona

On February 13, 1982 a 37-year-old man known as Brother James was shot several times in broad daylight by hooded men while he was on a ladder making repairs outside a school in Guatemala where he taught. Brother James Miller was born into a farming family near Stevens Point, Wisconsin.  He entered into religious life with the Christian Brothers and spent many years here in Winona.  He received his undergraduate degree in 1966 and his masters degree in 1974 from St. Mary’s College (now St. Mary’s University).

Pope Francis beatified Brother James on December 7, 2019 in Guatemala.  The title “Blessed” is one step away from being a Saint in the Catholic Church.  Blessed James is the first De La Salle Christian Brother from the United States to be beatified.  He is considered a martyr because his death was a consequence of his faith in Jesus Christ.  It is suspected that he was killed because he and the other Brothers fought to keep their young students from being forced into the military. His murderers were never brought to justice.

On the 40th Anniversary of his death, Sunday, February 13, Bishop John M. Quinn will celebrate a memorial Mass at 10:30 am at the Cathedral of the Sacred Heart in Winona. Bishop Quinn will be joined by 20 Christian Brothers, some of whom knew Blessed James. 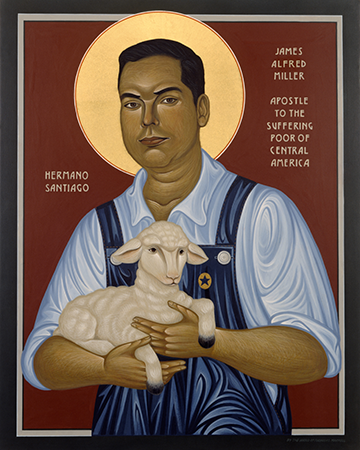