(A monthly column on the lay vocation and lay formation, by Todd Graff) 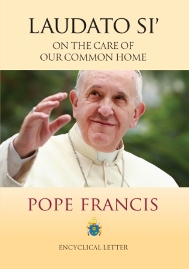 Laudato Si' ~ "On the Care of Our Common Home"

Once we start to think about the kind of world we are leaving to future generations, we look at things differently; we realize that the world is a gift which we have freely received and must share with others…the world we have received also belongs to those who will follow us.
no. 159, Pope Francis

On Care for Our Common Home (Laudato Si') is the new appeal from Pope Francis addressed to "every person living on this planet" for an inclusive dialogue about how we are shaping the future of our planet. Pope Francis calls the Church and the world to acknowledge the urgency of our environmental challenges and to join him in embarking on a new path. This encyclical is written with both hope and resolve, looking to our common future with candor and humility.

The phenomenon [of human trafficking] concerns the whole world. According to official data roughly 21 million people, often very poor and vulnerable, are victims of trafficking for sexual exploitation, forced labour and begging, illegal organ removal, domestic servitude and forced marriages, illegal adoption and other forms of exploitation. Each year, around 2.5 million people are victims of trafficking and slavery. On the other hand, for traffickers and pimps, this is one of the most lucrative illegal activities in the world, generating a total of 32 billion dollars a year. It is the third most profitable “business” after drugs and arms trafficking.
News.VA, the Official Vatican Network

Pope Francis' World Day of Peace message for 2015 took the theme, Slaves no more, but brothers and sisters, and focused on ending the scourge of human trafficking.   Catholic Relief Services has put together a background flyer on the Pope's message, a listing of actions one can take, and a prayer to end trafficking.

The mission of the U.S. Conference of Catholic Bishops' Anti-Trafficking Program is to educate on the scourge of human trafficking as an offense against fundamental dignity of the human person; to advocate for an end to modern day slavery; and to provide training and technical assistance on this issue. 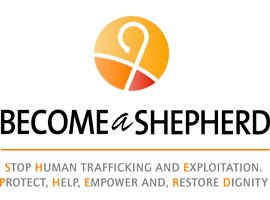 The SHEPHERD Campaign is a campaign to help Catholics learn more about human trafficking, as well as work with their parish community to address this issue.